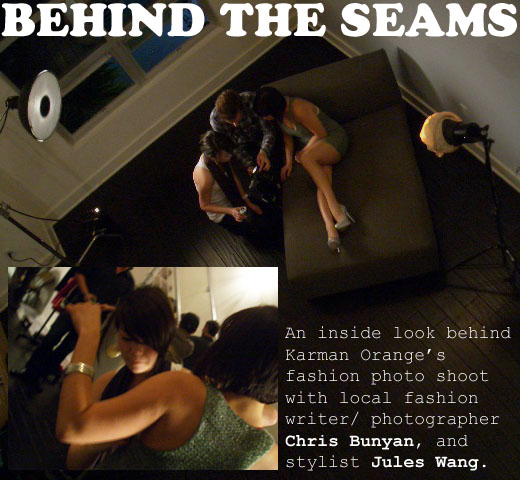 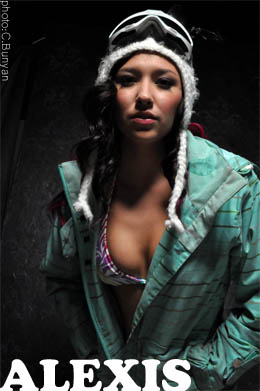 Drawing inspirations from Elsa Schiaparelli, Jules Wang's first shoot titled "Pink", incorporated the vibrant "shocking pink" of the influential Italian designer.  "I love the sudden touch of a pop of color in an outfit", explains Jules,  "Marc Jacobs and Christian Dior also use this style, and Balenciaga and Valentino use red, another one of my favorite colors in clothing".  For the second shoot, titled "Snow Bunnies", Jules used the upcoming snowboarding season as her inspiration.  "It's my favorite and only sport".   Lastly, Jules dressed the models in random arrays of outfits for the third and final shoot, using urban looks with darker tones, appropriately matching the lighting and decor of the art studio.

Photos taken from the evening will be featured on local fashion blog, Dripslikehoney.com.  Self described as "an ever-changing force of color and sound, and an unlikely amalgam of whimsical and reality", Dripslikehoney is the brainchild of Chris Bunyan whose background includes years of experience in the active apparel industry. 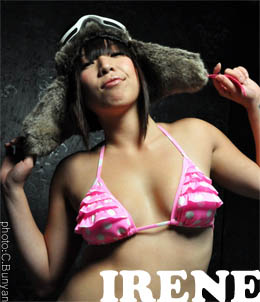 "Overall I believe the photo shoot was a success", describes Jules.  This collaborative effort was her first as a stylist.  "It could not have been in a better environment with more perfect professionals."  Jules favorite aspect of fashion is that, although it's ever changing, it always comes around full circle.  "I'm wearing leg warmers right now!" 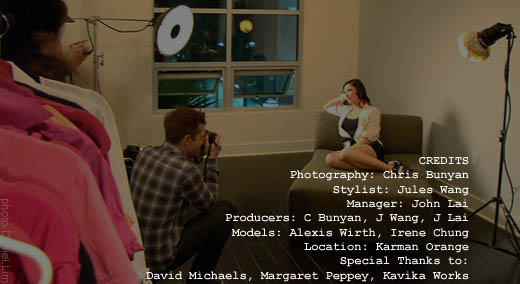