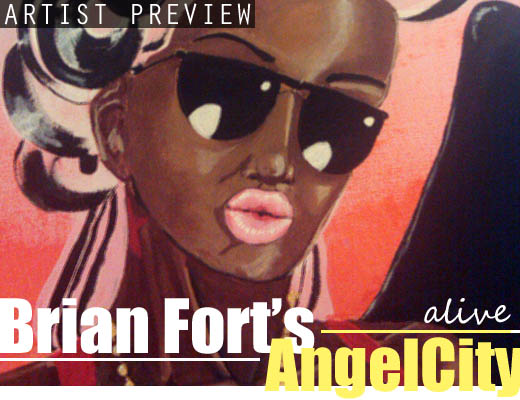 Follow Brian Fort on Twitter @bfort2010 for further insights into his muse, inspirations and future projects.  Come see his work live, on exhibit at Karman Orange.

Brian Fort will be on exhibit at Karman Orange, open to the public, on Aug 20 2011.  Private screenings available by appointment.

The Santiago Art District Art Walk is a free event, held on the third Saturday of each month from 7pm to 10pm. It is located in the city of Santa Ana, CA at the intersection of Santa Ana Blvd, and Santiago Blvd, across the street form the Santa Ana train station. Free parking available at the train station.
Posted by John Lai at Wednesday, August 17, 2011